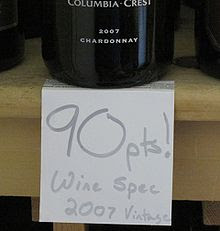 It appears that there is a sequel to my recent blog of 2/23/11 entitled “Wine Evolution on Fast Forward”, and more lessons to be learned. Recall that I was struck by the speed with which domestic pinot noir evolved from tough to grow to cheap and banal, as evidenced by two respectable names, J Vineyards and Siduri selling in Fresno for around $10.99, both no good.
My friend Mike Hernandez who found these wines in an upscale grocery store called “The Market” investigated further after reading my blog. Speaking with the owner of the store he discovered that these labels originally were sold for around $ 30 per bottle, which sounded more in-line with what I would have expected. The owner discounted them down after he received several complaints from clients about the quality of the wines. In other words $10.99 was not their “real” price; it was a fire-sale, lets-get=rid-of-this-crap price.
My first reaction to this news was a “bravo” to those Fresno customers who complained. They obviously have discriminating tastes in wine. They certainly should not allow themselves into highway robbery with what they paid for those pinots. Kudos also to the store owner for lowering the prices.
As for my prior conclusions about pinot noir evolution, it turns out that they are evolving into the banal all right, but not into “cheap”. Why should they, when in the wake of “Sideways” and the trend it created for this varietal, some winemakers can get away with gouging their hapless customers with poorly made wine?
The store owner opened further to Mike about his wine buying modus operandi, which throws yet another light into this saga. He said that he stocks his wine shelves with anything that is rated between 86 and 91. Wines rated 92 and up command prices that he feels are too much for his store. I am not sure what raters he uses. It is most likely magazines like Wine Spectator and Wine Enthusiast.
I was not surprised at this exclusively “by the numbers” routine for wine sale. After all this is a grocery store, and the man has numerous other items to buy and sell. Why should he spend an inordinate amount of time on wine alone? But as can be evidenced by the two pinots in question, ratings do not always correspond to quality. If you are serious about wine, you need to buy it from a shop, small or big, where the owner, or the buyers are doing their own tasting of what they put on their shelves and choosing accordingly. The two established and venerable wine shops in Stockton, Fine Wines and Wine Wizards both do this. Their owners each have their own unique and opinionated tastes. With a little experience their clients can then, in turn calibrate their own to these shops and learn which wines they like and which they don’t.
Those who calibrate their palates to numbered ratings do not do so by using their own volition. They are subliminally coerced into agreeing with the raters because they consider the raters superior to themselves in wine appreciation. This is a form of passive resignation. But then there are plenty out there who don’t really want to do much “work” with wine. They just want to buy and chug, and not think about it. I am not one of them; nor are any of my wine drinking friends.

WHY DO WINES TASTE DIFFERENT IN A WINERY?