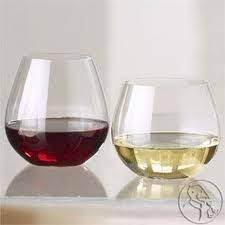 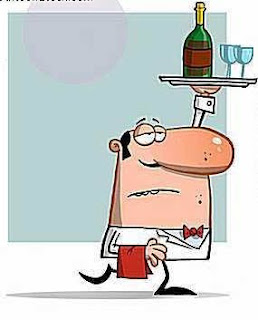 What I am about the recount is true; I am not making it up.

Last night I had a peculiar nightmare. I dreamt that I was in a formal restaurant, maybe in the midst of a medical convention, for, in addition to my wife I was sitting with a bunch of strangers, mostly men, and this only happens in conventions. The restaurant was ornate and upscale, and sold Eastern European fare. The wine list was full of German, Austrian, Hungarian wines, and I was a bit lost in it. I chose a wine that seemed reasonably priced, but I was unsure how it would turn out. I could not even pronounce its multi syllable name full of consonants.

The service was terribly slow. Eventually when the waiter arrived with the wine he made two gaffes. The first, which really irritated my wife, was that he brought two bottles of wine to the table instead of just one. The second bottle, with a much fancier label, he simply left on our table for us to see, as if saying, “this is what you should have bought”. I quickly looked at the wine list and realized that this bottle was over $400. While I found the waiter’s tactics objectionable, I was willing to stay quiet as I am apt to do in such situations. But my wife, usually also calm, was incensed and began loudly screaming at the waiter about why he brought this extra bottle, resulting in a defensive reaction by the waiter who was inserting a corkscrew into the one I actually ordered. The scene she made was loud and embarrassing in front of all our table companions who remained quiet. It made me increasingly uncomfortable.

In the midst of this hullabaloo the second mistake now unfolded, aimed squarely at me. While the waiter was struggling to open my bottle, a big tray of appetizers arrived, and I was forcefully handed one. It was a large cracker with some spread on it and what looked like a bit of cold-cut, maybe roast beef. The whole thing was doused with honey, and the sticky sweet stuff quickly oozed into my hands. As I was attempting to handle this peculiar cracker, irritated at the prominent smell of the honey which was about to spoil my first taste of the wine, another waiter offered to pour some liquid-mustard on my cracker. Horrified I tried to refuse it, for it also smelled sharp, creating a smell-unfriendly environment for any kind of wine tasting. The whole scene was now speeding up, my wife yelling, the messy appetizer out of control in my hands, and now the main waiter handed me my wine in a stemless glass.

I hate stemless glasses. There’s a reason wineglasses come with stems. It is to avoid warming the wine with your body heat transmitted through your hands. In this dream however, I was anxious about handling this glass with my messy, honey dripping hands, but I had no choice. With the glass now thus contaminated I was reluctant to try the wine. I wanted to throw away the appetizer, clean my hands and start all over. In a bid to get more time I asked for a different glass.

I awakened with horror after yet another waiter, this one dressed like a kitchen dishwashing staff brought me a small plastic cup, the kind you find attached to water coolers, in response to my request. That’s about all I could take in this restaurant from hell. I sprang out of bed and looked at the alarm clock. It was 3 30 a.m. I realized that what I just went through was not real. Just a dream. Relieved, I closed my eyes and tried to think of something else, something more pleasant, before I drifted off again.

In the morning, as I was shaving, I looked at myself in the mirror and thought, “only Bay area foodie wine snobs dream nightmares like this”.