I will call her Signora Moscato.

“If someone only drinks Moscato, but would like to switch to a red,” she asked, “what kind of red would make a good transition?”

The question arrived via Facebook Messenger. When I pulled up a photo of the sender, sure enough, she was young. She had discovered my wine blog and was asking for advice.
She was in for a big leap.
I first consulted some seasoned veterans at Wine Wizard’s, provoking numerous smiles and raised eyebrows at Signora Moscato’s predicament. Before giving her advice I tried to firm up her spirits. Regardless of your first impressions, I said, stick with it. She was facing a fundamental re-training of her palate and it would not be easy.
I remembered my own initial foray into reds, after years of oaky, buttery California Chardonnay. One episode stood out. A neighbor with a fully loaded bar and medium sized wine cellar invited me over. “Have you ever tried Pinot Noir?” he asked.  As I sipped what he offered, I refrained from making a face. He proudly continued. “Wonderful, isn’t it?”
It wasn’t. Not for a long while.
It took a wine group and multiple tastings of a diversity of reds to wipe that Chardonnay off my palate and appreciate Pinot Noir, Cabernet and Syrah. Others followed in due course. 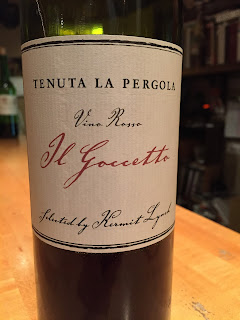 For beginners, I suggested that Signora Moscato try light reds such as Beaujolais or Pinot Noir. Larry Johansen, owner of Wine Wizard’s, recommended an Italian wine from Piedmont, Il Gocetto (varietal: Barchetto) made by Tenuta La Pergola. It was light and floral, an easy drinker. A good way to initiate Moscato withdrawal, I figured. I sent her a photo of it.
Signora Moscato replied, and had a surprise in store.  It was not just her that was hooked on Moscato. She had a whole bunch of girlfriends in the same predicament, and yes, they had tried some Pinot Noir, with little success. They all needed to be re-educated.
Suddenly I was no longer offering casual advice. I was a man with a mission.
I explained to the fair Signora that most wine beginners start with easy drinking whites or rosé before making a leap into reds, usually light ones. Heavy reds are an acquired taste and arrive later. Lean white wines with crisp fruit, acidic and food- friendly, also creep into the repertoire, but later, after the memory of adolescent sweets have faded. It’s all an evolutionary process.
Some never make it out of easy whites. I have a colleague, a stubborn physician now in his seventies, who drinks nothing but oaky, buttery Chardonnay. I joke with him that he is stuck at a teenage level of wine development. Signora Moscato and her fellow signorina face the same peril.
As I pondered the fate of these young women and how to rescue them from a life of light frizzante, a question kept popping up in my mind: Why were they hooked on Moscato? Why not other sweet, easy drinkers?
I soon discovered that Moscato has become iconic within a hip-hop culture where trends are set by rap stars. 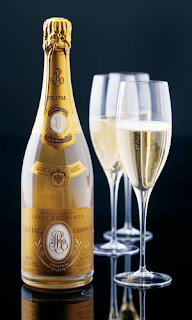 Among many materialistic status symbols, early rappers favored champagne, Moët and Cristal in particular. Then, in 2006, what’s now known as the Cristal Scandal erupted. The famous rapper Jay-Z was insulted when the managing director of Louis Roderer, owner of the Cristal brand, told reporters that he wasn’t thrilled about his flagship champagne being associated with the hip-hop scene. Jay-z instigated a boycott of Cristal and it eventually spread to champagne in general. 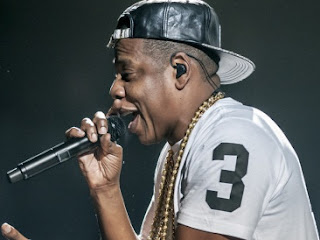 Since then the hip-hop world and their fans have steadily moved into Moscato. Sweet and slightly fizzy, and with an alcohol content roughly similar to beer, Moscato is no champagne. Its bubbles come from storage in pressurized steel tanks, rather than methode champenoise. It is an easy drinker that can captivate novice palates, especially those who listen to such lines as “glass of Moscato for the girl who’s a student and her friend who’s a model,” from “Do It Now,” by the rapper Drake.
I proposed Signora Moscato that we chronicle her journey away from flimsy fizz and into stately still.  Those of her friends too. She agreed.
Stay tuned.