WINE RECESSION IN CALIFORNIA IS OVER 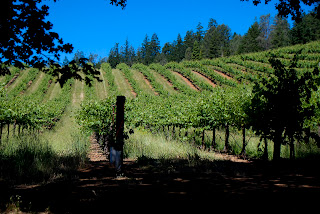 It is already happening. The grand recession of 2007-2008 which decimated the local wine industry is coming to an end. In a sure sign that the pendulum is swinging the other way, the Wall Street Journal today reported that California grape growers will not be able to meet demand this year.

Over the last decade, having overplanted more vineyards than needed, growers have pulled them down and switched to other crops like nuts, vegetables and other fruits in the fertile lands of California. This certainly accelerated with the sharp drop in demand after the onset of the recession. While recovery has been spotty in various sectors of the economy, the news that there will be a shortage of wine-grapes this year is certainly a harbinger of better times for local growers and winemakers.

While California represents 90% of domestic wine production, it is only 10% of global output. Thus a shortage of wine grapes here means there will be an increased flood of imports, which may benefit Italy and Australia, the largest exporters to the U.S. The latter, having had its own depression in their wine market may substantially benefit from the coming trend.

As might be expected, prices are going up. The journal reports that even Merlot, so badly bludgeoned by the movie “Sideways” is experiencing an upsurge in its price. It turns out that during the recession Americans did not cut back on wine. Wine consumption, measured my domestic sales, has risen for 18 years in a row. They just reduced their purchase price point.

What does that mean for us wine drinkers? Get ready for higher prices for your favorite wines. But remember: the wine universe is expanding almost as rapidly as the astronomical one, and bargains can be had in numerous alcoves of the wine-world. It just makes hunting for the next best bargain all the more fun.