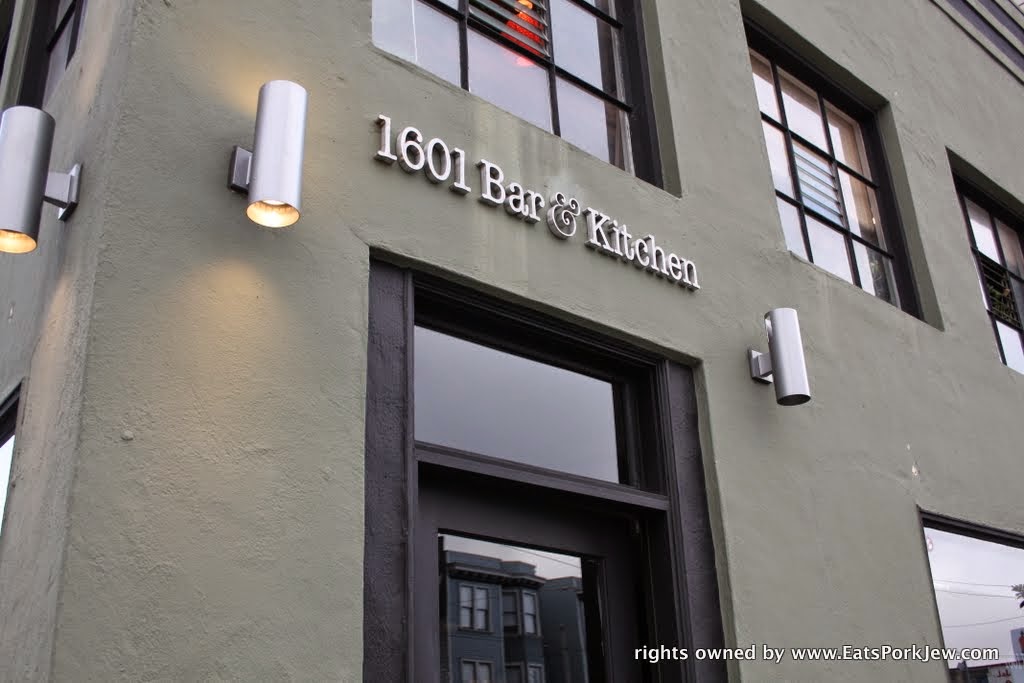 My wife Julie has recently been hitting the jackpot with her selection of offbeat restaurants in out-of-the way corners of San Francisco. She did it again last weekend with 1601 Bar & Kitchen.

It was an easy reservation on Open Table, at prime time Saturday, on short notice, either a sign that the restaurant is on a downswing, or that it is a hidden gem. In this case it was the latter. A quick internet search revealed it to be  Sri Lankan cuisine, something we’ve never experienced, with tapas style servings, prepared with French cooking techniques. Intriguing.

When we arrived at 12th and Howard, a sleepy corner of SOMA (the South of Market), it reminded me of the way SOMA used to be in the 1980’s, dark, industrial, isolated and a bit foreboding. The restaurant was a small space, only 49 tables, with dark, neutral colors, a few pieces of Jazzy artwork on the walls. A communal table and bar occupied the front. There were smaller, more intimate tables and a  Japanese partitioned banquet room farther back. It was quiet and part full. The location and ambiance did not make an exciting first impression.

When the food began arriving however, the place suddenly came alive with chef Brian Fernando’s creations, flavors and presentations that were most unusual. 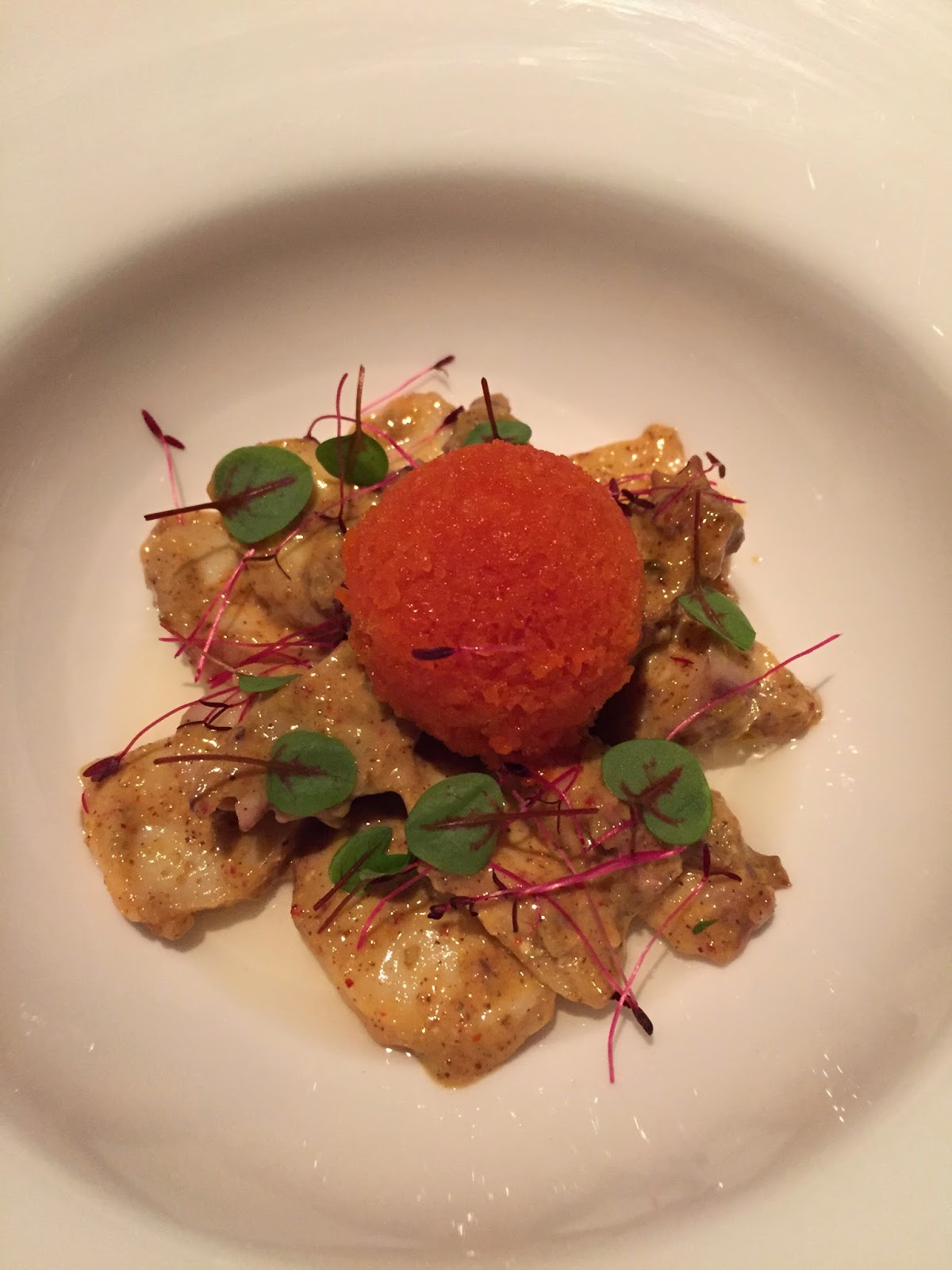 Portugese octopus with smoked lime gelee was a plate of tender, half-dollar sized octopus with a sauce that tasted like root beer. A large red ball on top, iced tomato chutney, was essentially a sorbet. It went surprisingly well with the dish. 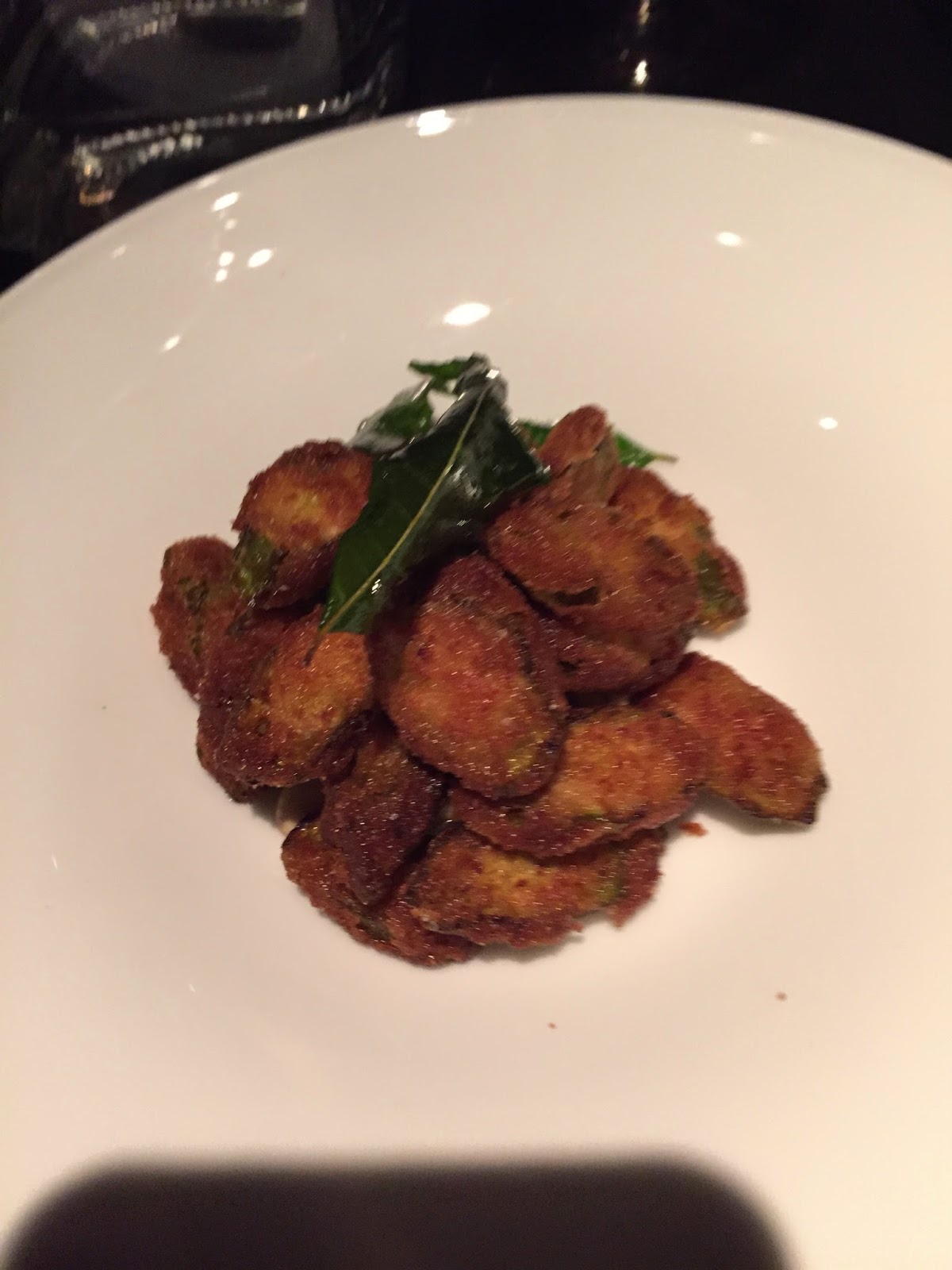 Fried okra with cashew-nut-curry and dessicated cocoanut sauce hidden below was perfect.Crisp and with that unique okra flavor, yet exotic with the accompaniment. 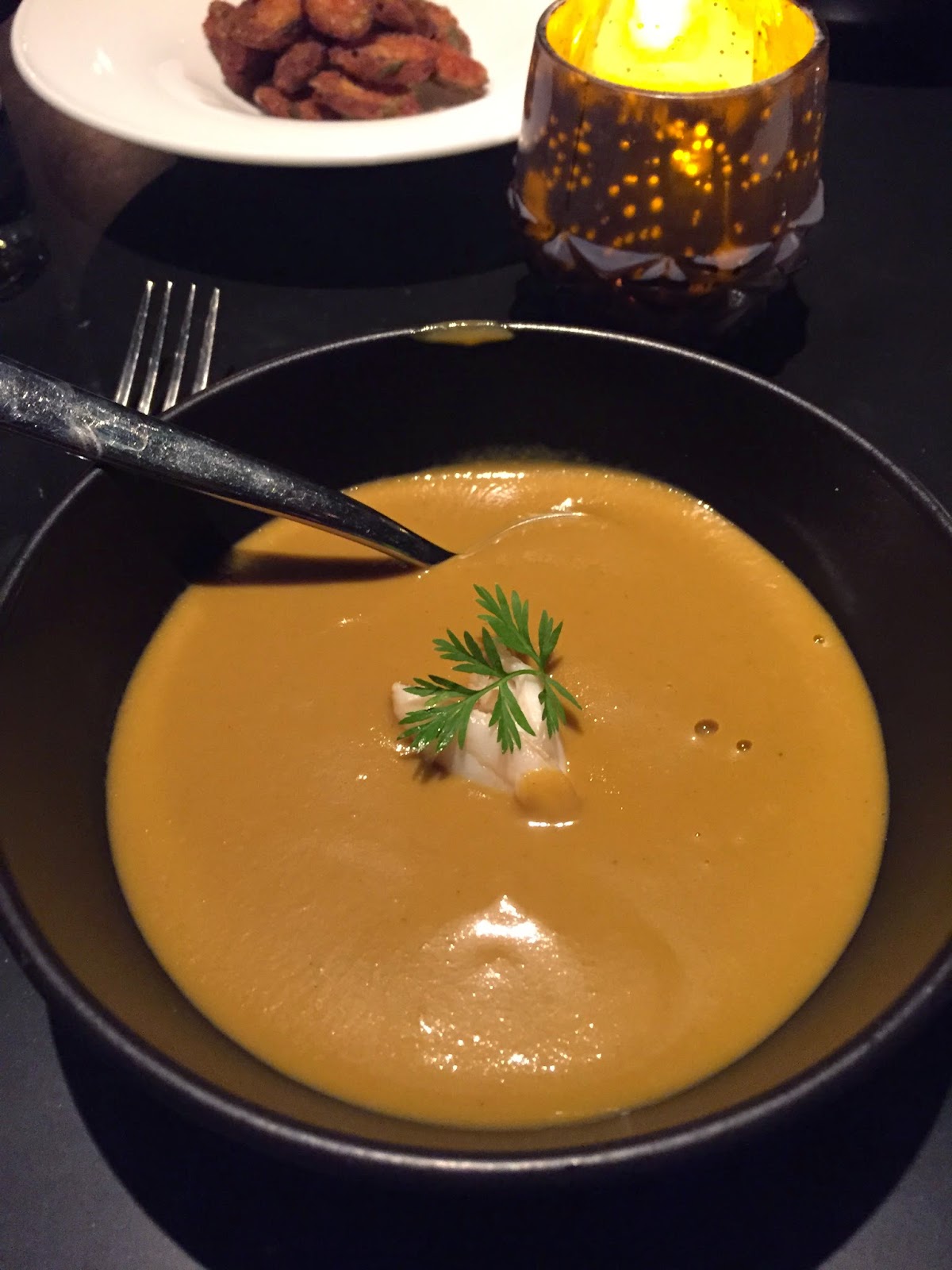 Dungeness crab bisque with mulligatawny spices was a marriage of the east and west. A thick French bisque soup with Indian spices, it had several fresh, tender pieces of crabmeat in its midst, definitely a San Francisco touch during the current crab season. This, to me was a signature dish. 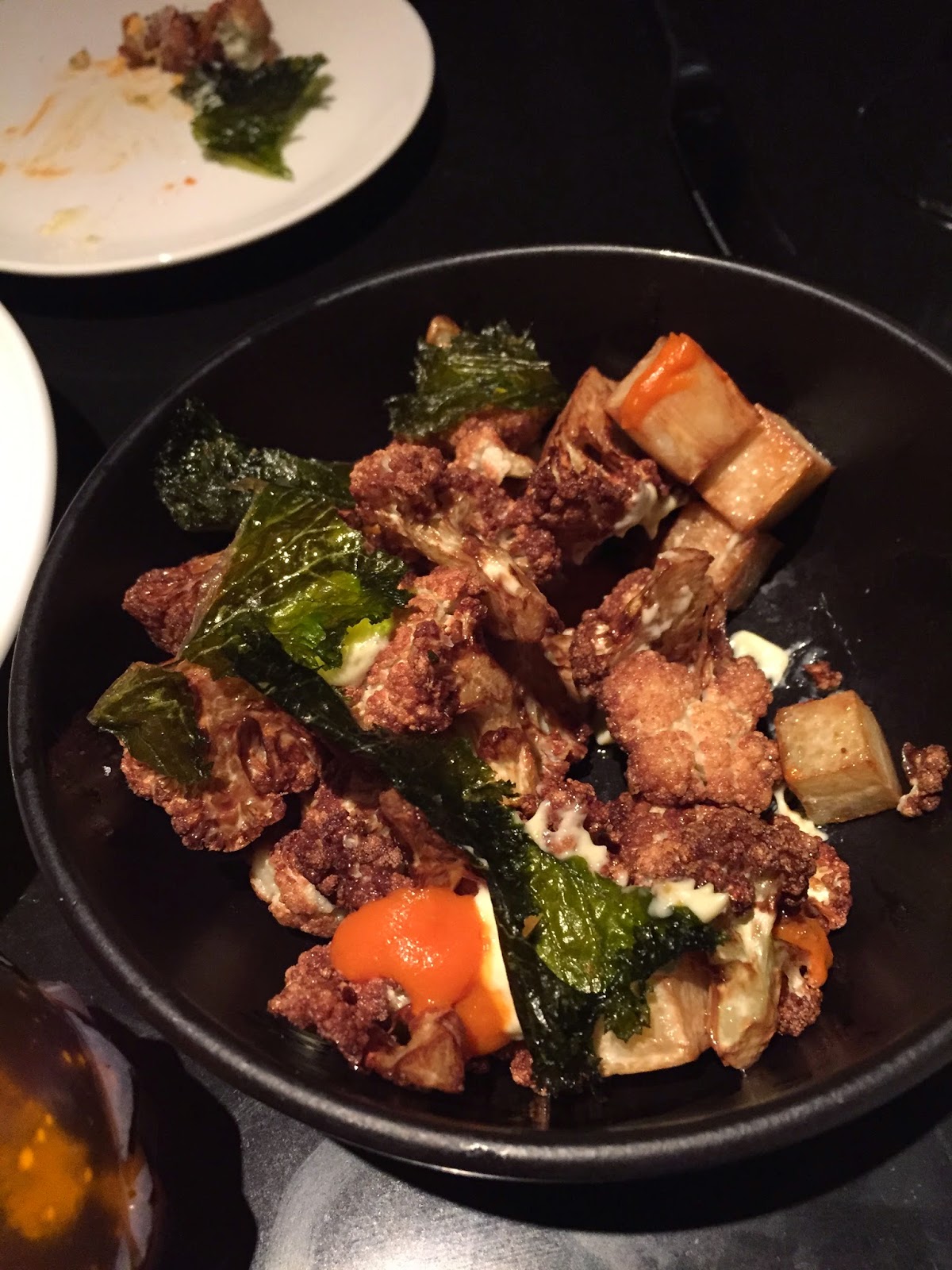 A cauliflower dish with spiced carrot puree and lime-pickle emulsion featured various Eastern spices, most notably cumin that made the tender cauliflower something more than the ordinary vegetable it is. 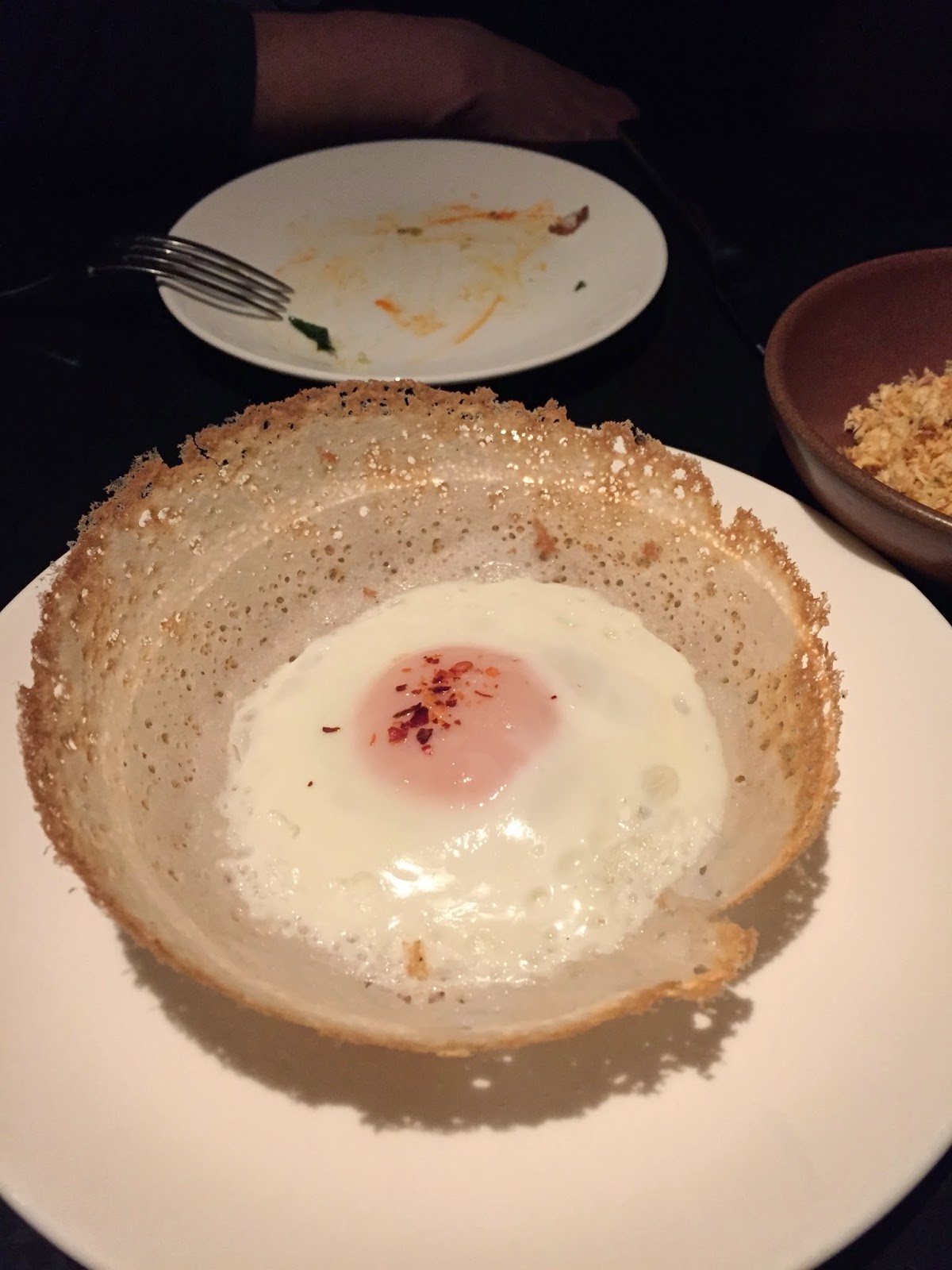 An egg hopper may be traditional in Southern India, Sri Lanka and Malaysia, but for those unfamiliar with this cuisine it sure was exotic. A bowl shaped pancake made of fermented rice flour with a sunny side up egg in the middle, its neutral flavors were enhanced with a side of chutney and shaved nuts as accompaniment. 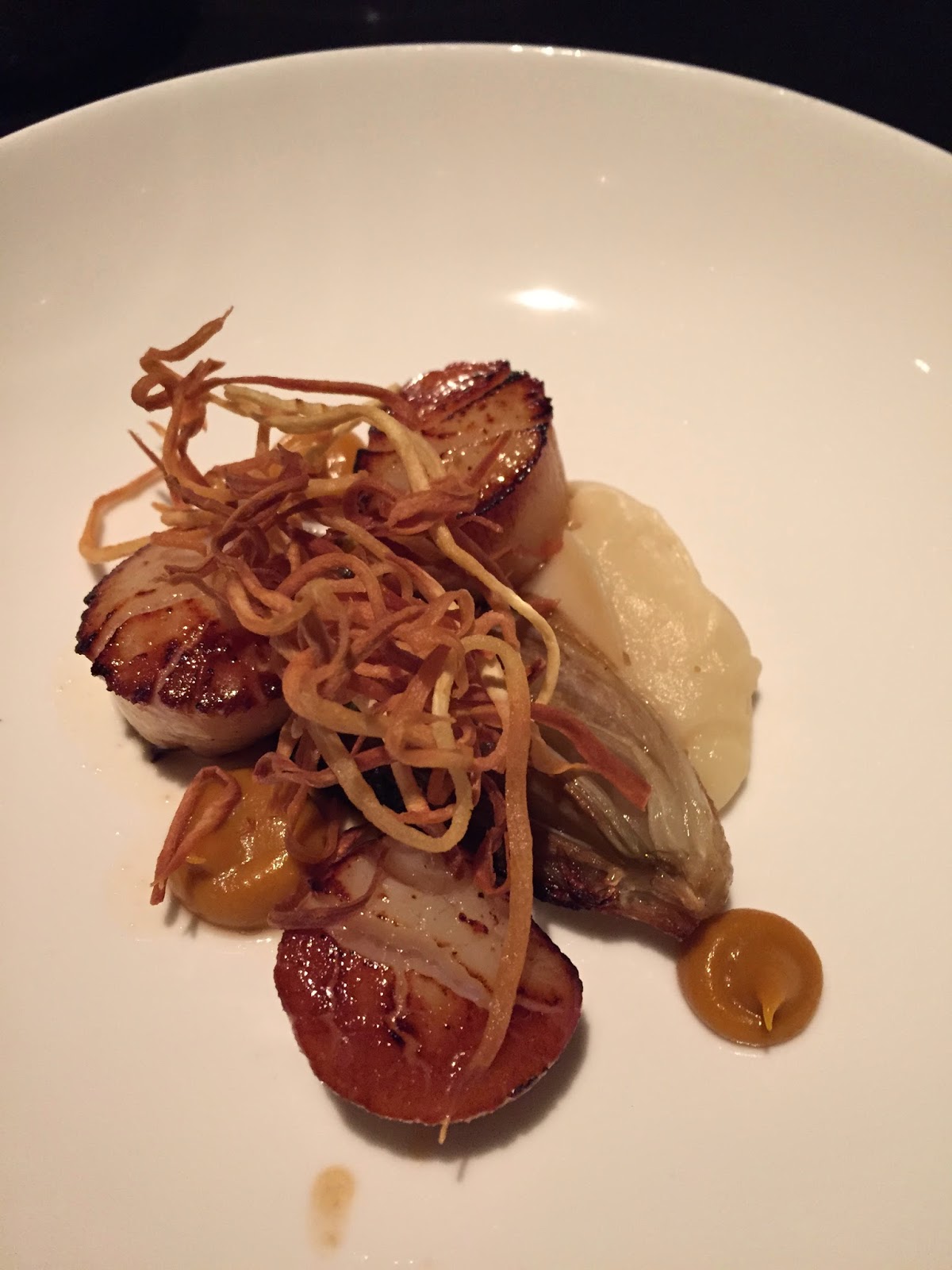 Hokkaido scallops, perfectly sauteed, with parsnip puree and melted endive, was another dish that combined French cuisine with southeast Asian It came with fried onions on top and a marinated pear on the side. 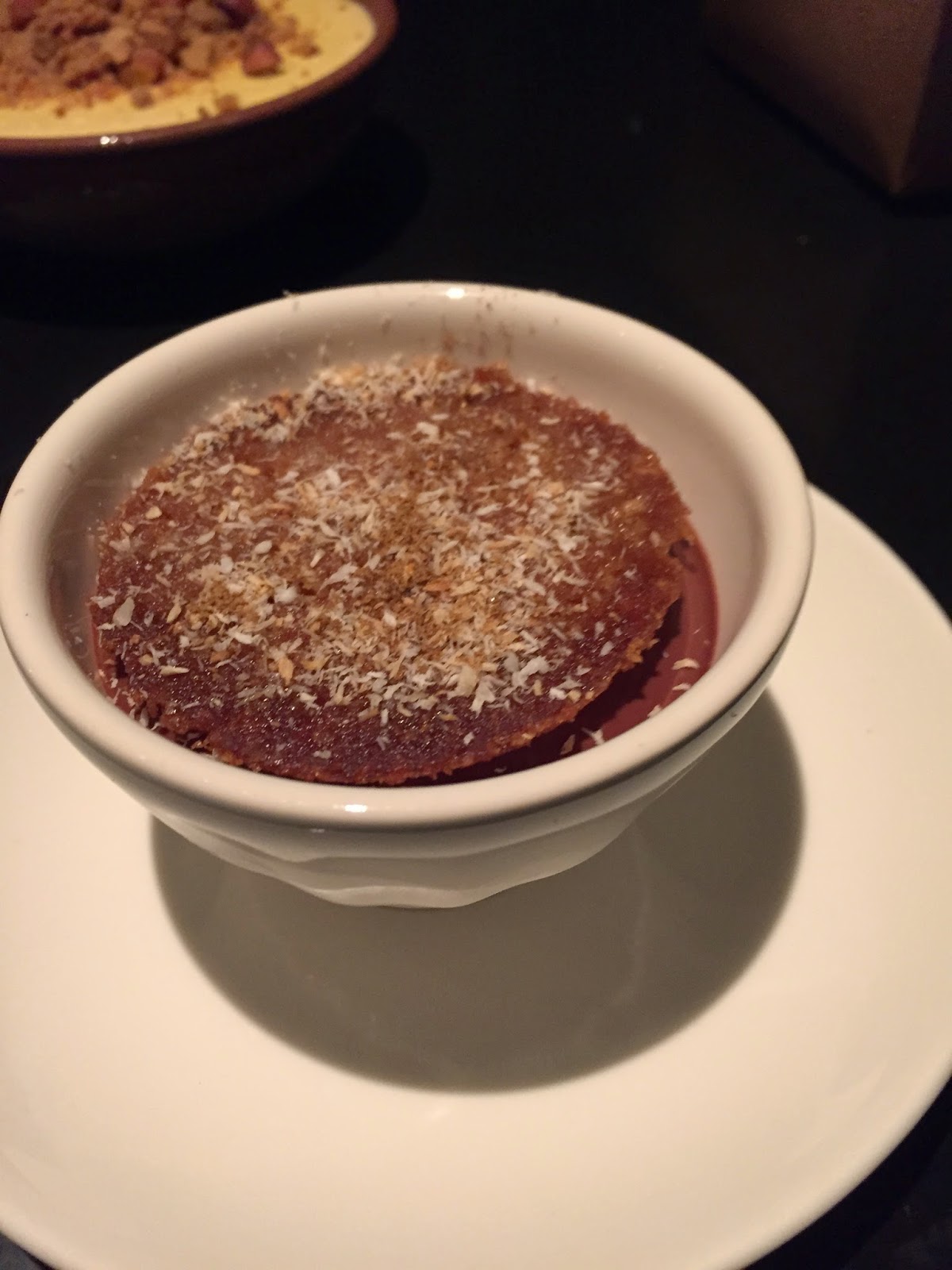 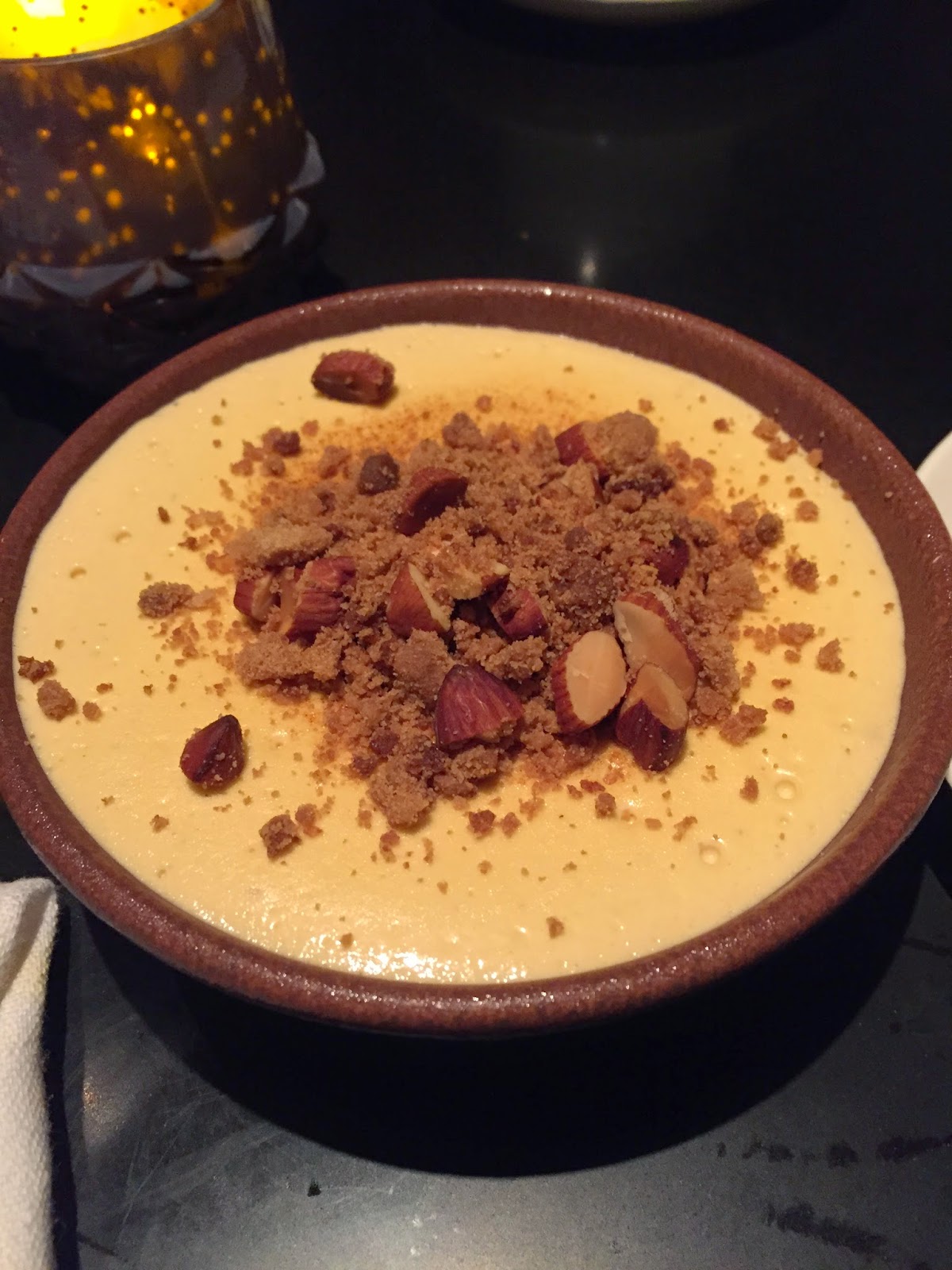 For dessert we sampled a rich, thick chocolate mousse and a light, custard-like Ceylon tea semifreddo with almond streusel. The mousse was definitely French;  the semifreddo, a semi-frozen custard topped with chopped almonds and streusel crumbs was an Italian-Austrian concoction, the Ceylon tea invisibly anchoring it to the home cuisine.

The wine I chose with the meal, a 2012 Alois Lageder pinot bianco, in keeping with the spirit of the night, was from yet another, still more unexpected location, the Alto Adige region of Northern Italy. A family owned winemaker in business since 1823, Lageder is a well respected name in this, the northernmost appellation of Italy south of the Alps, near the Austrian border. The wine was crisp and acidic, floral yet fruity, fully complementing the often spicy, colorful kaleidoscope of flavors we experienced. 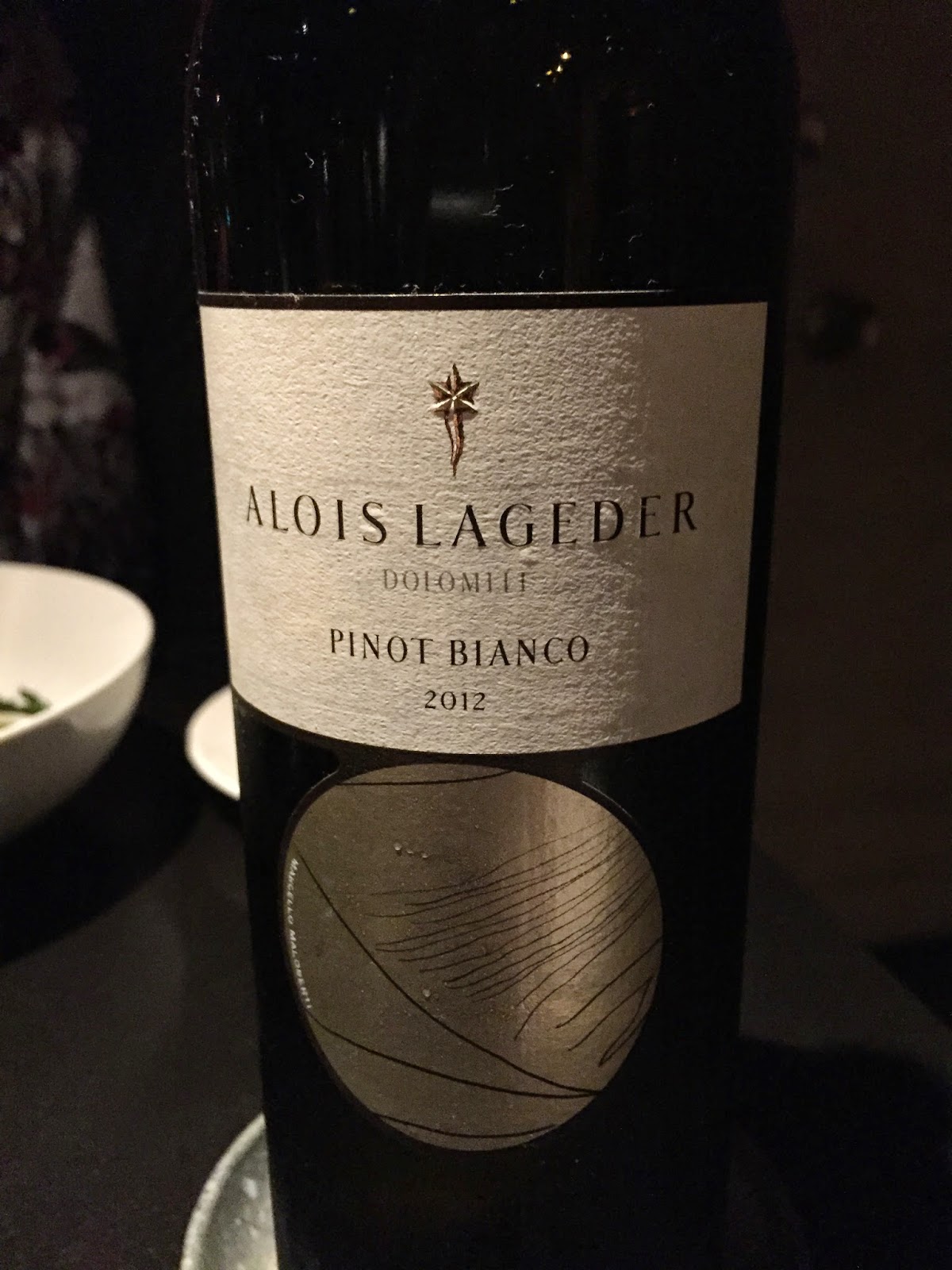 There are those who criticize globalization. When it comes to melding food and wine however, if done skillfully and with creativity, the fruits yielded by international fusion can be quite memorable,  as we learned at 1601 that night.  Globalization never tasted better.