Famous movie director Francis Ford Coppola has added another winery to his list of acquisitions, one he hopes will complete his vision of a unique wine destination, a family friendly resort in Sonoma of a sort that does not exist elsewhere. 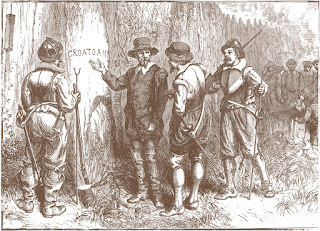 Located near Geyserville, two exits north of his flagship Coppola Winery on Highway 101, this thirty-three acre property,  formerly of Geyser Peak, is presently in a state of transition. It has been temporarily named Lost Colony, a label that refers to Roanoke, one of the earliest settlements in North America. The tasting room is replete with artifacts that depict the history of the time, a large cow-hide map showing all the tribes of the continent dominating its entrance. 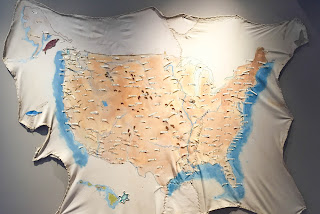 It’s four wine labels, The White Doe, Arrowhead, Manteo and  The Lost Colony, all refer to legends related to the era. 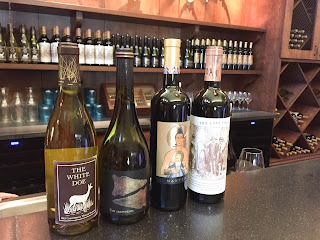 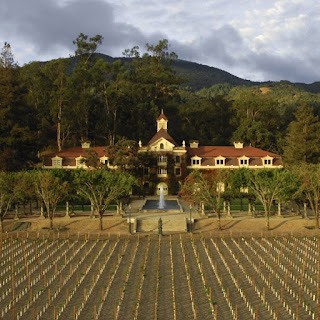 Coppola  has a long track record of buying historical properties and patiently transforming them over the long haul. His most celebrated project has been in Napa: the resurrection of the Inglenook label to its former glory. He first purchased their vineyards in 1975, then the chateau in Rutherford in 1995 that he renovated. Having bought the rights to the name in 2011, he is now poised to resurrect the wine to what it used to be when John Daniel Jr. ran the winery between 1933-64, producing grand, age-worthy wines. 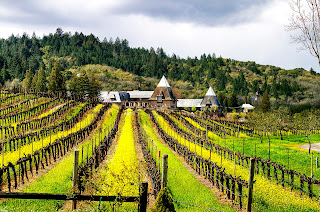 In the meanwhile Coppola moved the remainder of his vast wine-making operation to Sonoma, at the former Chateau Souverain property he acquired in 2005. In the years that followed, this purchase was transformed into a family friendly wine resort that has two large swimming pools featuring old fashioned Italian cabanas and an outdoor bar and lounge. 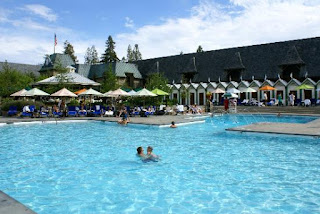 A vast restaurant, formerly glorious under the celebrated chef Gary Danko, has been revived with an added outdoor terrace. The winery features numerous bars and tasting stations. It also houses a colossal industrial production facility. Coppola’s  personal museum of his movie past is scattered all over the building, his Oscar awards, artifacts from movies such as the Tucker car, Godfather desk, Dennis Hopper’s cameras from Apocalypse Now, and others. By all accounts this unique winery is a great success. 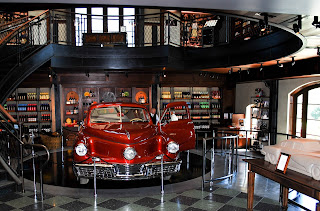 So why does Coppola need another winery so close by?

We’ll explore that in a blog to come.