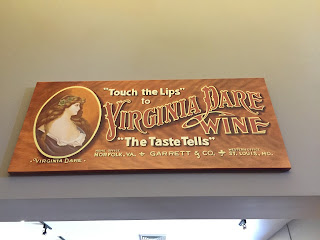 Already in possession of two major wineries in Napa and Sonoma, Francis Ford Coppola has now acquired a third, currently in transition, temporarily named The Lost Colony. A recent serendipitous visit to this new winery revealed insights about the reason behind the acquisition and what is to come.

Keep in mind that Coppola is a visionary with an eye on history and drama, and a long term perspective in transforming his acquisitions. For more details on his accomplishments so far, see my prior blog.

The motivation behind the new Geyserville purchase, so close to his flagship Coppola Winery lies in what Coppola lacks at his former Chateau Souverain property.

The new winery offers potential for substantial increase in his production capacity, relatively cheap, bulk wines that are crucial for his bottom line. More importantly, Coppola desires what was denied to him at his current winery by local politicians: a hotel. 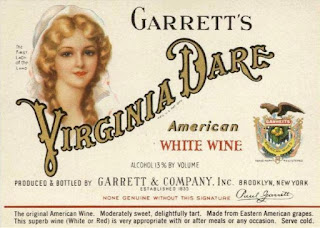 The new winery is slated for two restaurants and a new name. Always the dramatist, Coppola will re-name it Virginia Dare, a tribute to the earliest commercial wine made in the U.S., a winery that began in North Carolina in 1835, making wines from suppernong, a sweet, muscat-like grape. 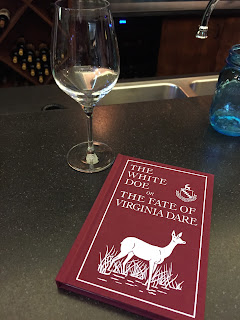 Coppola also intends to revive the legend of Virginia Dare, the first white Christian child born in the New World, as described in Sally Cotton’s “The White Doe; The Fate of Virginia Dare”, a 19th century book written in prose.  It is a complex, melodramatic story of pioneers and Indians, of death and resurrection, first utilized in ad campaigns by Paul Garnett, winemaker at the original Virginia Dare winery. Presently, copies of the book are available for purchase at Coppola’s Lost Colony tasting room. 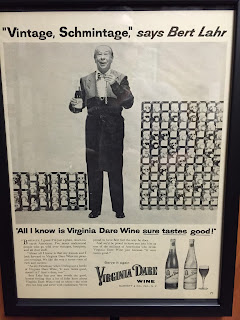 One of the most interesting spots to visit in Lost Colony is an elevator that services the two story structure. In it are countless posters of antique Virginia Dare ads that must have appeared in magazines such as Life. They are full of corny double-entendres and old fashioned idioms. 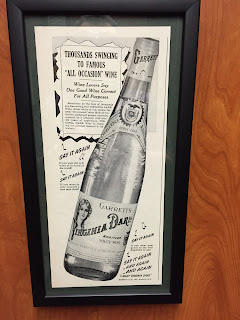 As we toured the property we were told that Coppola has already purchased a small fleet of antique vans to shuttle his guests between the upcoming Virginia Dare and current Coppola wineries.

The lessons of Walt Disney are not lost on Coppola. When Disney built his theme park in Anaheim he neglected a hotel and the area ended up with an ugly hodge-podge of tacky motels and resorts, none of which are controlled by the Disney Company.

Coppola imagines a wine Disneyland, albeit without rides. His concept of attracting families with children to the wine country, is itself quite radical. Wine tourism has so far been decidedly unfriendly toward children. Coppola’s vision is of Virginia Dare with its restaurants and hotel as a new anchor in Sonoma County from which visitors can be shuttled back and forth to his Coppola Winery and its pools, restaurants and movie museum. Together they would form a new sort of resort along Highway 101, a resort hitherto unseen.

The project is not yet in any major news outlets. I predict it will explode into headlines the moment ground is broken for a new hotel. When that happens, remember that you read about it first at Senegorwine.

IS HE A WINE GUY?

THE VIRTUE OF CHEAP PINOT NOIR