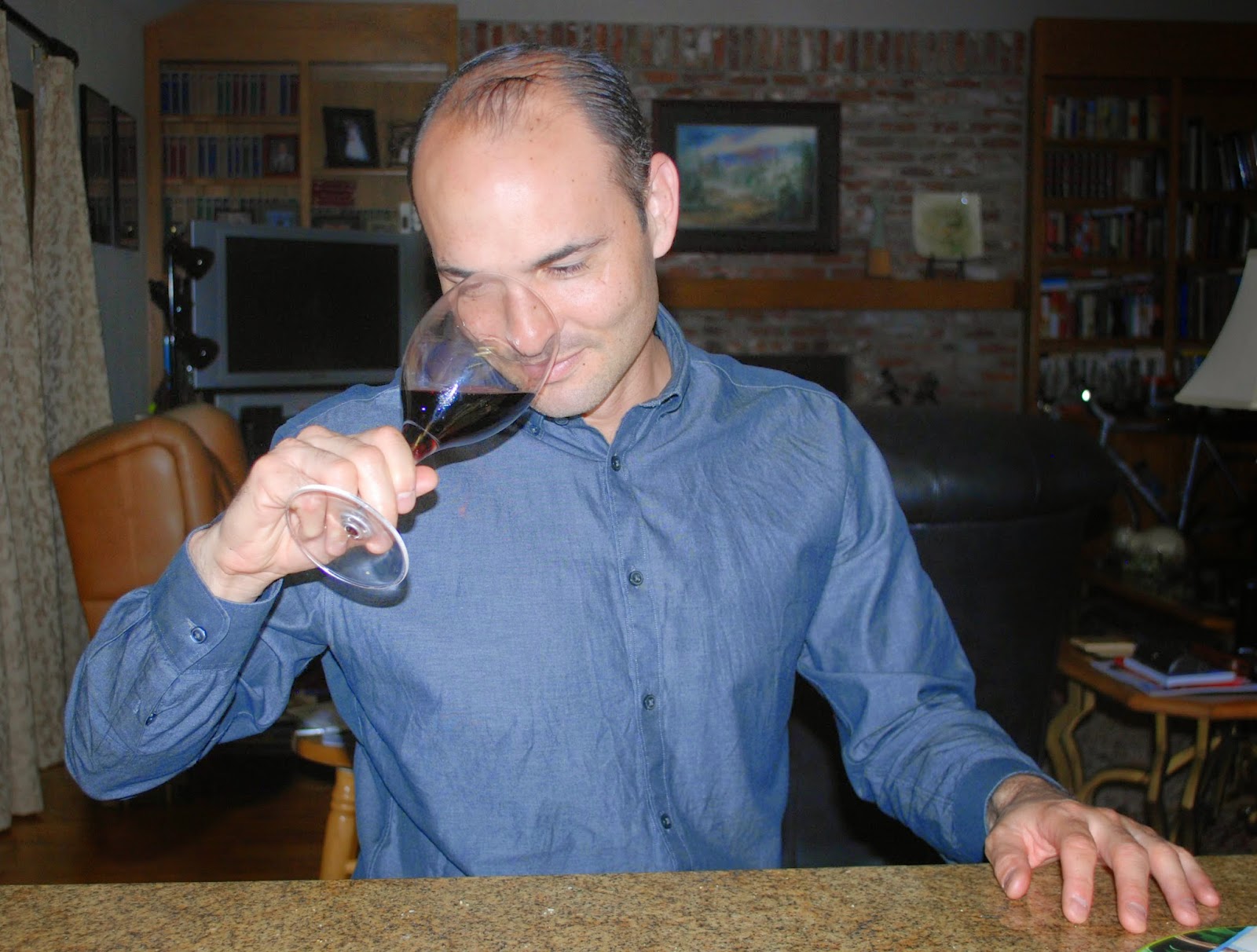 “LaToya Jackson drinks a lot of white wine,” said Jerrus about one his regulars at Fig & Olive, a swank West Hollywood restaurant. “She usually comes in with two other chicks and the three of them pound five bottles of white wine together.”

A local Stockton kid with youthful, infectious enthusiasm about wine, Jerrus Roxas is a graduate of our Friday night wine group, now a professional sommelier in Los Angeles. He recently re-visited his old haunts, still at home at Wine Wizard’s, still amazed at the quality of bottles that appear in our blind tasting, especially Bordeaux. He was a Napa Cabarnet guy when he first appeared in our group around 2009. We quickly converted him to Old World basics, our forte. When he left for LA to marry and start a new life, he was a raging fan of Domaine Tempier Bandol and any old Bordeaux.

When I asked him what the Fig & Olive wine list is like, he shook his head and said, “mostly domestic.”

It isn’t. I actually checked the list which has a generous offering of big name Bordeaux and Italy, as well as currently favored European whites like pinot grigio, albarino, verdejo, and a fairly large list of lesser known Spanish reds. It’s just that most customers prefer domestic and that’s what he largely serves.

Being a somm in a trendy Hollywood restaurant is not all that glamorous.

He puts in twelve hour days from 2 p.m. to 2 a.m. every day except Tuesdays and Wednesdays. I was surprised to hear that he was the only somm for this 250 seat establishment. He describes his multiple responsibilities, establishing a floor presence with each table, inventory management, training of the wait staff. The one duty he lacks is final decision-making over what goes into the wine list. With a chain of eight upscale restaurants, five in New York City and the others in LA, Newport Beach and Chicago, those decisions come down from corporate headquarters. The lack of creative opportunity has Jerrus currently searching for new horizons in his career.

One would think that such a corporation, obviously successful, would be well organized in their inventory management. Not so.

“Some have well established inventory systems for buying & selling, maintaining par, invoicing, stocking and organizing. Others have nothing.” Young and as yet relatively inexperienced, Jerrus has found himself creating his own personal management system from scratch.

Pricing is also a headquarters decision. I have an impression, from San Francisco restaurants I frequent, that wine list mark-ups are variable depending on how desirable a given wine is.

“One of my jobs as sommelier is to upsell wines,” said Jerrus, confirming my long standing fears. When I asked how that works, he explained that if a customer knows precisely what they want he serves them that. But most don’t. Their inability to choose opens frequent opportunities to steer them towards more expensive bottles than what they were considering.

How knowledgeable is your average  customer? Jerrus explained first of all, that his customers are a mixed bag, not just Hollywood glitterati and LA locals, but also many middle-class American tourists and many more Asian tourists. It turns out they are not all that well versed. Jerrus recounts an anecdote where a table asked for an oaky California Chardonnay. He brought them Kistler. “It doesn’t get oakier than that,” he said, laughing. The table rejected it.

How often does he experience rejections? Very rare it turns out; once a week or so. Expensive as the Kistler was, they just comp it to spoilage  and then serve it by the glass at $25-30 per glass.

Does the restaurant have a wine philosophy? No. All they want to do is make the numbers work.

Jerrus likes coming back to Stockton solely to visit our wine group. His family who used to live here has moved to Vegas.He laments the lack of interest in Old World wines with which he received his early education in our group, his training subsequently fortified with United States Sommelier Association (USSA) classes.

“My knowledge of what I serve, all those domestics, stems form Friday nights in Stockton,” he says.

I confirm that the Old World, France, Italy, Germany, is the foundation of it all, as we polish off a bottle of Chablis 1er Cru from my cellar. I am proud of the latest professional we spawned; he’s not the first, and hopefully will not be the last.

THE ALLURE OF “DUMB” WINES