OAKLESS? A CHANGE IN SILVER OAK 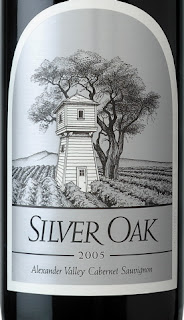 “Correct me if I’m wrong,” I said at the bar, after putting down my fourth sip of Silver Oak. “But these wines seem to have much less oak than they used to ten or fifteen years ago.” 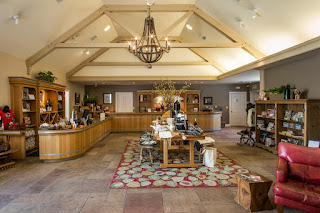 “You’re absolutely right,” replied the attendant in the Alexander Valley tasting room. She was quite knowledgeable, unusually so for pourers at wineries. 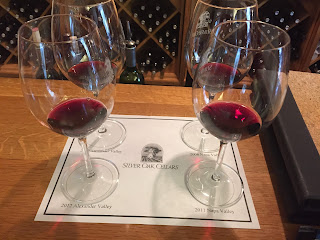 I was tasting a flight of four Silver Oaks, a pair of 2009s and another of 2012s, each from the Napa and Alexander Valleys. They were all still young puppies, tight, packed with upfront fruit but smooth and elegant. The Alexander Valley ones, usually all Cabernet Sauvignon – but in 2012 they added a bit of Merlot – were more brash, the Napa, Bordeaux blends, softer, smoother. None had the pronounced oaky character that the winery is so well known for.
“Tastes have changed,” said the attendant. “People don’t like as much oak in their wines any more.”
Really? 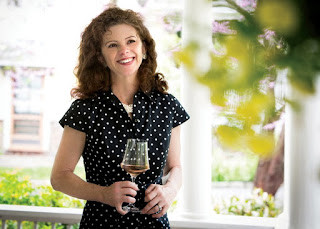 Lettie Teague, the wine writer for the Wall Street Journal, in an article she penned in 2014, called Silver Oak “The wine that people love to hate…and to love.”  My sentiments exactly. 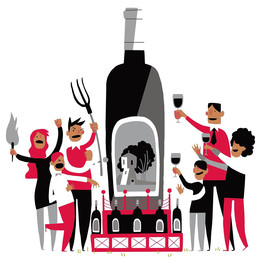 My wife and I have been closet Silver Oakers for years, afraid to reveal our weakness for this wine to our fellow tasters in our wine group, all of whom hate oak. “If you absolutely have to have wood in your palate chew on a toothpick,” is a frequent refrain among us. This is not too far from Teague’s description of Silver Oak as, “a running joke among certain oenophiles who regard it as the choice of vinous rubes.”
For the record, that last phrase, vinous rube, means an inebriated bumpkin. 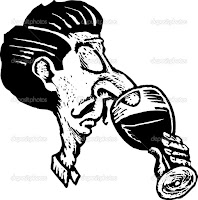 My wine group is not alone in scorning Silver Oak and its lovers. There are plenty of oenophiles (aka wine snobs) who do so all over the country. Teague quotes one New York wine professional, a former winemaker, who says it is an unchallenging, obvious wine, for people who think they know a lot about wine. He goes on to offer his vision of the Silver Oak-loving type. “It’s generally someone who is confident and conservatively dressed.” The wine is a perennial favorite in steak houses.

Why is Silver Oak singled out for such vitriol when there are plenty of other oak bombs out there, my current favorite target of scorn being Rombauer?

In my opinion it is because Silver Oak is one of a handful of California upstarts that has achieved cult status, cults of all kinds being easy targets of derision. To their credit, unlike Screaming Eagle or Harlan, current top-of-the heap culters, Silver Oak has managed to restrain its prices from rising to the stratosphere. 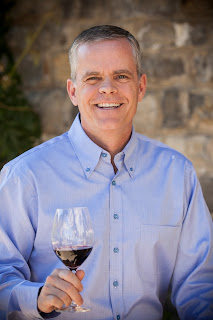 Noting that Silver Oak has a very large, passionate group of followers, Lettie Teague interviewed David Duncan, its CEO and president, for her 2014 article. Duncan claimed that he was not interested in what a few people thought of his wine, that its detractors were not a big deal.
Judging from the change in style I just experienced, it’s hard for me to believe this statement.

IS SANCERRE THE SALMON OF WINES?