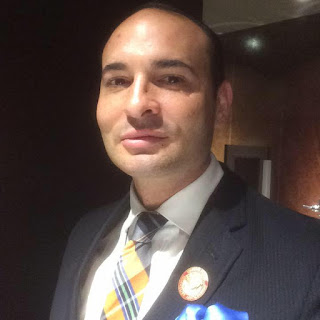 The last time we checked in with Jerrus Roxas, alumnus of our Friday night wine group, he was a sommelier at Fig & Olive, a swank West Hollywood restaurant (see my 11/9/2014 blog). He has since moved east, working as a manager and somm at Son Cubano, a 280 top New Jersey restaurant along the Hudson Riverfront with spectacular views of Manhattan across. 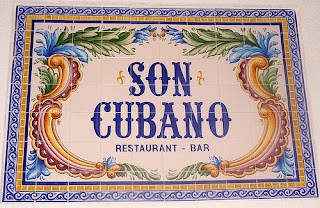 A family owned establishment, Son Cubano serves not only Cuban food but also Cuban culture,  in particular, nostalgia for its 1950s glamor. The Son in the name of the restaurant refers to  traditional Cuban music of the 1930s that combines Spanish cancion and guitar with African rhythms, a precursor of salsa. The restaurant features live Latin music, especially on weekends, when tables are removed to make way for a dance floor, and the clientele swells to around 400. Everyone dances the machaca, says Jerrus, Caucasian, African, Latin makes no difference. Locals who frequent the place all know this dance well. 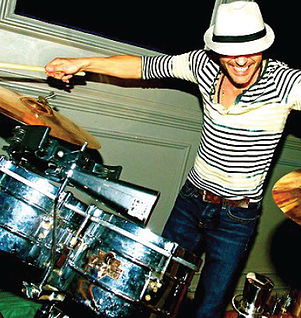 As might be expected, the choice of beverages in such a place leans heavily toward the cocktail side, with two bars, the Havana serving inside, the Vista serving a sizable outdoor patio with views of the New York skyline.  Their wine list is currently rudimentary. Therein lies an exciting new challenge for Jerrus, one that he did not have in Hollywood where the wine program of his chain restaurant was centrally controlled from corporate headquarters. Jerrus is now in the process of expanding and diversifying the list. 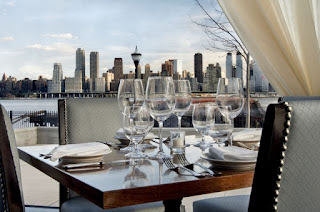 To accomplish this goal, in addition to his 55 hour a week work schedule, Jerrus spends considerable time sampling potential wines for his restaurant. He estimates that he tastes 150 wines per week. Jerrus hopes to add France and Italy to the list, currently unrepresented, as well as more Spanish and rose.  Their clientele loves sangria; he hopes to expand the sangria menu as well. His ultimate hope is to increase the list from around 40 labels to over 100 and have the restaurant recognized by the Wine Spectator magazine.

While Jerrus finds the Manhattan wine culture strongly label oriented, fancy, well known labels favored regardless of price,  at Son Cubano he aims to build a more value oriented list with reasonable prices. Their current mark-up  is modest compared to his prior Hollywood restaurant where it was 4.5 times wholesale. “At Fig & Olive,” he says, “there was one corporate guy with no knowledge or palate for wine, who selected the list solely on the basis of price and ratings.” He is excited about putting his personal touch on his own creation.

Jerrus points out that at Son Cubano, as a family owned restaurant, the business culture is more flexible than at a corporation. His purchasing decisions have to be approved by the owner Alex Duran and general manager George Acosta. So far this has been no trouble. Wine-food coordination with the chef Alex Diaz is also at its infancy, currently limited to pairings for the daily specials. He hopes to expand this as well. The overall goal is to create a wine program that is well integrated to the firmly established Cuban culture of the restaurant.

How did Jerrus find the ideal job he was seeking at this point in his career? Simple, he says. After moving to the riverside town of Port Imperial in New Jersey, following the footsteps of Amy, his ex, and their young twins, he noticed Son Cubano a building away from his apartment. He walked in and, after presenting his credentials, asked if they needed a manager who would also oversee a wine program. Two days later he had the job. It wasn’t just a stroke of good luck. His level 2 somm certificate and prior experience in California played a major role.

“It all started with you guys,” says Jerrus on the phone, referring to our Friday night wine group that diversified his palate from Napa/Sonoma to the European stalwarts which he now aims to bring into his new restaurant. Then he goes, “wait a minute,” and speaks to his boss in fluent Spanish.

“Are you learning Spanish too?” I ask.

“Around here you have to,” he says, chuckling. 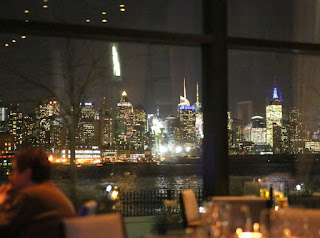 It is no longer just his palate that has expanded. Whoever thought he would be at the Big Apple creating his own signature collection at a lively, exciting establishment with exotic glamor? Not Jerrus, for sure. NO FIANO, ISCHIA! NO PEPSI, COKE!