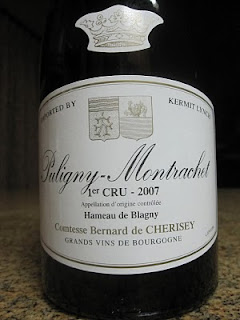 The wine snob that I am, I particularly take pride in my disregard of well known wine pundits, names such as Robert Parker, and my own opinion of the subject acquired by my own tastings. It is thus with much humility that I will announce an episode of recent gullibility which deflated my baloon of hauteur, at least temporarily. It happened after I discovered Gary Veynerchuck.
For those of you who have not heard of him, Veynerchuck has become, arguably the second most popular wine pundit after Parker. His is a wine shop owner in New Jersey who has become an Internet phenomenon with his 900-plus video blogs, each around 5-10 minutes, in which he tastes wines in front of a camera and comments on their features, as well as providing some background information about the label, region, or winemaker. This he does, often after expounding on the latest news about the New York Jets he seems to be an avid fan of. He has a decidedly blue collar, populist, seemingly anti-wine-snob attitude with infectious humor. In short he is very entertaining. But don’t let his streetwise exterior fool you; the man has a deep and diverse knowledge of the wine world. He is also every bit as much a snob as the rest of us. It’s just that he hides it better.
As you can see, I like the guy! So when I discovered a 3 part interview he did with Kermit Lynch I couldn’t wait to view it. You can find them among his April 2010 archives under winelibrary.com. Kermit is a wine deity in the San Francisco Bay area. It appears that his fame has spread well beyond Berkeley where he sells wine, for Veynerchuck treated him with every bit as much obsequiousness as us, his local fans. Kermit Lynch has been in the bussiness for decades, and has introduced the U.S. to little known regions in France, beyond Bordeaux & Burgundy, in such area as the Loire, Rhone and Provence. In the meanwhile he has made celebrities out of previously little known labels such as Joguet Chinon, Domaine Tempier Bandol, Vieux Telegraph Chateauneuf du Pape and countless others. The French Government awarded him a Legion d’Honneur several years ago for what they perceived as his great service to their country’s wine industry and reputation.
My own wine collection, some 900 bottles, is about a third or so from Kermit Lynch. So I count myself among his fans. Thus I was much taken by the Veynerchuck interviews with the man. Kermit appeared avuncular and professorial in contrast to Veynerchuck’s loudmouth, urbane style. He recounted his life in the wine world, how he got started, and how he ended up where he is etc. In between the banter they tasted several Kermit imports together and made comments. Captivating stuff.
The very last bottle of the interview was a recent white Kermit discovered in Burgundy, a 2007 Puligny-Montrachet 1er Cru, by Cherisey called Hameau de Blagny. For those of you who know the appellation, you will recognize that this is a “heavy-hitter” label. Puligny-Montrachet sits atop countless masses of Chardonnay, as the reigning queen of all. One of the original fountains of the now ubiquitous and mostly banal varietal, it still maintains self-respect among populous inferior copycats all over the world. It also commands commensurate prices. Puligny Montrachet is not cheap.
Star-struck as I was by the Kermit-Veynerchuck duo, who in their joint tasting declared the Cherisey an example of absolute perfection in white wine, I ordered not one but two bottles of it at $85 per bottle. This is the most I have ever paid for any bottle of white wine. What does one do with such a treasure? Take it to wine group, of course! I waited for just the right Friday night wine group, with enough palates there to get a diverse opinion, and I expected numerous “thank you”s from friends grateful for my generosity. The 1er Cru Puligny arrived concealed in a bag for a blind tasting.
The result? You guessed it! It underwhelmed everyone. Not one person in the group was “wowed” by it. They all guessed cheap, middle of the road, domestic chardonnay, with light fruit and a somewhat unpleasant mid palate almondy bitterness. When the bottle was revealed, there were a lot of shaking heads, and “what a shame” type comments. As for me, I could only think of one word for myself: “sucker!”. They then all recommended what we usually do with such grand labels that don’t deliver as expected: “put it away for a few years and see what happens” they all said.
It was thus with my own star-crossed naivete that I stumbled upon an expensive mistake on a wine that I had not personally tried. Furthermore I knew of no-one in my circles who had. It was a good dose of humility for me, probably much needed, and a cautionary tale for you out there to trust your own taste over the dizzying array of strangers with taking heads in the wine world.