“I am not drinking any fucking Merlot.”

With that one line uttered by Miles, the Paul Giamatti  character in the movie Sideways (2004) the domestic merlot market, until then thriving, collapsed. At the time I was already an Old World wine follower, puzzled by the popularity of merlot among hipsters. I wasn’t too sad to see this varietal sink. Since then I have not drank any domestic merlot.

Well, it’s been more than a decade. Merlot remains in the basement for many, pinot noir, also mentioned in the same movie, nowadays the hip varietal since. So when one of my wine groups announced a young domestic merlot tasting I begrudgingly purchased a bottle – I possess none in my extensive wine collection –  and attended the tasting more out of a sense of duty than anything else. Imagine my surprise.

We had a better usual turnout at George Heron’s house, ten people and eight bottles. The tasting was announced as 2010 or younger. Someone always lacks attention. One 2006 snuck in. Otherwise they were all within the criteria and all, as it turned out, Napa, except for one Paso Robles and one Dry Creek (Sonoma). The result was a surprising mix of styles and flavors.

Going into the tasting I expected clumsy, over-extracted, over-oaked, poorly made wines, of the kind that provoked Miles to utter his famous line. One footed the bill, 2013 Ramsay (Napa). 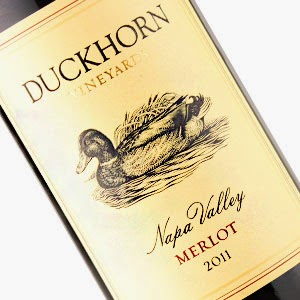 Otherwise there were some remarkably understated, European style wines with raspberry, cranberry fruit, plenty of acid and little or no oak. 2012 Stateland from Paso Robles ($ 20) was such a wine and a surprise. I expected everything from this region to be hot and overblown. Here’s one that was not. So was Duckhorn, already well known for its merlot but now a simpler, ligher, more food friendly style in its 2011 incarnation. At $54 it is still a steep purchase. Its little brother, a 2012 Decoy was still tight and closed but showed promise. 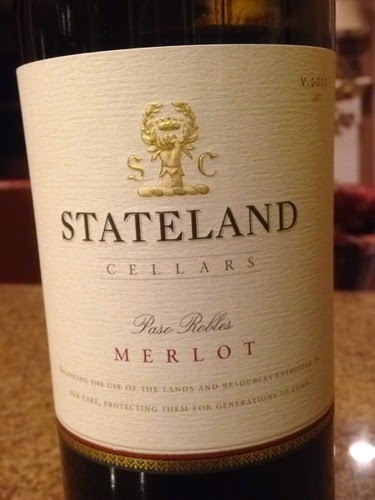 A big personal surprise was Swanson, another well known name in merlot. The 2010, to me tasted like a Supertuscan, with high extraction fruit but lots of spice and acid from mid palate onwards and with a long acid finish. There was some oak but not too much. At $25 (at K&L; I hear it is more expensive at the winery) it was not a bad buy.

There were two wines that delivered Ameircan oak and winemaker manipulated smoothness that I call “make-up”, but were surprisingly complex in the palate, going on and on like a slow motion movie, the 2006 Kirkland (Napa) & 2011 Neyers (Napa). These clearly appealed to those who still like classic Napa Merlot. I am not one of them, but respected their complexity.

The average price of the group was $25. This seems to be the landmark against which one can make a price-quality ratio assessment. By this standard  Duckhorn was good but clearly overpriced,  Swanson fit the bill, and Stateland, for those who like an understated wine, was just fine.

One wine came in as a group villain, a 2013 Talaria from Dry Creek. Apparently this winery is more concerned with gift baskets than winemaking, their bottles a main ingredient of such baskets. Our group suggests these baskets be admired, maybe photographed, but not consumed.

The evening made me realize that prejudice is not a good trait in any aspect of life, including wine. I was already prejudiced against domestic Merlot when Sideways came out. In the decade since, my prejudice has become deeply ingrained, to the degree that I judge without tasting, and that is not a good thing.

I don’t intend to go out and all of a sudden buy a bunch of merlot. But I will approach tastings of this varietal with a more open mind, and from hereon, seek them with curiosity.