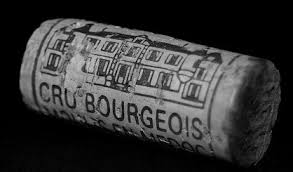 The intensely competitive, crowded wine world forces wineries into a continuous struggle to distinguish and stratify themselves by quality and reputation. In the New World, with its free wheeling ways, this is easier than the rigidly traditional Old World. Nowhere is the process more cumbersome than in France. Hampered by decades, sometimes centuries old systems of codified classifications, French attempts at novel wine re-assortment can sometimes amount to no less than social revolution. I recently came across a striking example of this with the comfortably familiar Bordeaux classification of Cru Bourgeois, a trademark that’s been around since 1934 with a proven track record of value, of quality at affordable price.

It happened at a large tasting in San Francisco organized by the wine shop K&L, in which 90 Bordeaux labels participated. They  were all members of an organization called Union Des Grands Crus Des Bordeaux, founded in 1973 and comprised of 133 estates from all appellations of the region, some well known, others obscure. There, I came across a winery I had never heard of before, Chateau Maucaillou. 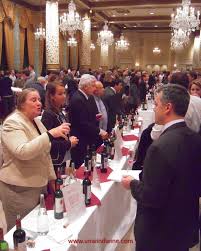 The tasting was being held downtown at the cavernous colonnaded ground floor of the Bentley Reserve, former home of the San Francisco Federal Reserve. Tasting tables were arrayed in neat lines along a spacious banquet hall in groups based on appellations. Chateau Maucaillou was among many from the Medoc, a Left Bank region. The owner Pascale Dourthe, an older, rustic man with rich wavy grey hair and a gravely disposition, was pouring. The wine, a red, tasted relatively simple and unsophisticated. It provoked an innocent question from me: “Is this a Cru Bourgeois?”
The answer was a surprise outburst. 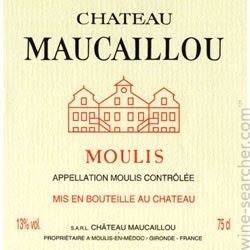 “Most definitely not!” said M. Dourthe, in a thick French accent, obviously irritated. Cru Bourgeois is passé, he added, relegated to the ash heap of history. He seemed thankful for that.  It had never been a good society. He then surprised me with a proclamation that he himself had been vice president of Cru Bourgeois two decades ago and he knew the organization well. Dourthe was now proud to be a member of the Union Des Grand Crusinstead. 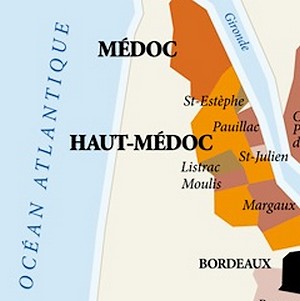 Bordeaux is a region of a few haves and countless have-nots. The former, considered the cream of the crop, consist of the 62 estates included in the 1855 Classification of five growths. Cru Bourgeois was founded in the Medoc by those left out, with 444 labels participating. You can imagine the problem that eventually emerged. In such a crowded field some labels that were more successful wished to distinguish themselves. Included were Ch. Gloria, Ch. Sociando-Mallet, Ch. Chasse-Spleen, Ch. Phélan-Ségur, Ch. Potensac, Ch. Siran and others. 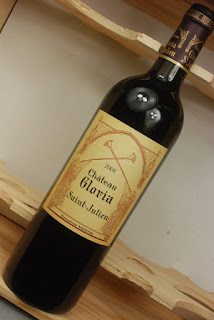 Cru Bourgeois had also become a victim of its own success with an “inferior but good value” reputation. The better winemakers within Cru Bourgeois produced quality that matched their 1855 Cru Classé brethren, using similar winemaking techniques at similarly high cost. Yet, their Cru Bourgeois designation hampered them in what they could charge, fetching a pittance from Bordeaux negociants compared to their more illustrious counterparts. For the more successful labels the moniker became a financial disadvantage. 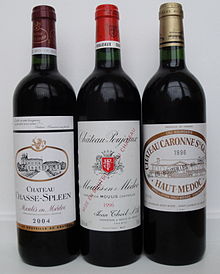 This led to a move in 2000 to revise the category into three tiers, the top nine labels in a new Exceptionnelscategory, and trim it down to 247 estates. When installed in 2003 it provoked a vigorous reaction from those who felt under-classed or left out. 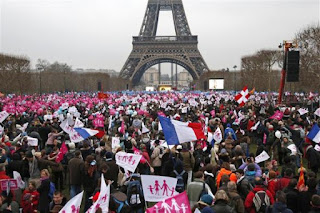 The French propensity for passionate protest is unique. Within a few years they managed to throw the baby out with the bathwater. In 2007, after a slew of lawsuits, not only was the new classification annulled, but the term Cru Bourgeois was banned.
A seventy-five year tradition does not easily die. By 2011 Cru Bourgeois was resurrected with 246 participants. Not surprisingly many of those who had previously demanded a higher tier chose to stay out. They preferred the more comfortable shelter of Union des Grand Crus. In the meanwhile there is yet another new attempt at revising Cru Bourgeois into multiple tiers. Stay tuned for more turmoil. 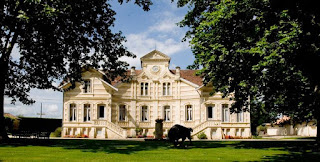 No wonder Monsieur Dourthe was so emotional in his response to my question. In the Union des Grand Crus, he is in better company, his more obscure label from the lesser Moulis-en-Médoc appellation featured along with heavy hitters from Paulliac, Margaux, St. Julien, St. Emillion, Pomerol and others. He has to adhere to the quality criteria of his new umbrella and in return, he gets the publicity machine of the Union des Grand Crus introducing him to the likes of me, Bordeaux enthusiasts all over the world who are expanding their knowledge – and collections – one tasting at a time. No more lawsuits,  no more disputes.
Really?
The Union des Grand Crus seems like a relatively harmonious organization, but then so was Cru Bourgeois for many decades after 1934. With so many tempestuous French winemakers under one roof one should never underestimate their potential for explosion. Stay tuned for more turmoil.