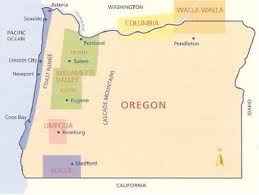 We were at our weekly Friday night tasting which involves sampling concealed bottles brought randomly by group members, the tasting devoid of any theme, and trying to guess what the wines are. After playing this game for over a decade, and most in our group have well trained palates, guessing varietals becomes fairly easy. Locales and vintages are harder.

Many in our wine group are doctors, but not all. Doctors regularly engage in differential diagnostic thinking when evaluating a disease. The patient presents with certain clues, symptoms, physical signs, lab work, radiology etc. These are all data points we enter into our thinking, which then aid in formulating likely possible disease entities that might fit the constellation of such data. Thus after evaluating any patient we say, “it might be this, or that, or that!” We then come to a conclusion or seek more data to hone in on the diagnosis.

Wine tasting on Friday nights is no different. Our clues include not only the color, nose and palate of the wine but any other data we can latch onto, including height and shape of bottles, color of bottles and especially if they are screw-tops or not. Nose and taste however remain the main foundations of our diagnostic skills.

The wine that provoked the above comment was obviously a pinot noir, lighter in color and structure, indicative of a cooler climate, but still fairly fruit forward more like New World pinot as opposed to Burgundy, but we couldn’t rule out the latter completely. Someone then said, “could it be Oregon?’

It used to be that Oregon’s signature style was its likeness to Burgundy. A decade or more ago, Oregon pinot noirs presented as cool climate wines, lighter in structure and more acidic than their California brethren. The phenomenon of syrah-like pinot noirs, so common especially in the Central Coast regions of California did not exist in Oregon.

Then came the great pinot noir onslaught of the first decade of the 2000’s. From 2000 to 2010 Oregon pinot noir acreage balooned from 4800 to near 12,500, a nearly three-fold increase. Pinot noir increased from 36% of all varietals produced to 53%. Most Oregon producers being small output operations, there now appeared a heterogeneity in styles that was uncommon in the last decade of the 1990’s. Nowadays one can easily find syrah-like wines, and there still are plenty of lighter Burgundy-like wines.

Today there no longer is an “Oregon style”. In fact the heterogeneity is so widespread that any blindly tasted wine that registers as a pinot noir has Oregon in its list of possibilities. This is quite akin to the historic disease of syphilis which, in its heyday could mimic any medical condition, and a time honored medical maxim used to be: “syphilis is in the differential diagnosis of any condition”. Hence my comment of “Oregon is like syphilis”, when it came to pinot noir. It took some explaining however,  to convince the non-medical members of our group.

When we finally unveiled the wine it turned out to be  something none of us would have even dreamed of, a German pinot noir with grapes grown near Alsace. Now that’s what we call a “zebra” in our medical parlance. Doctors will understand what I mean. For others, it would take another essay to explain. Maybe I will, some time in the future.