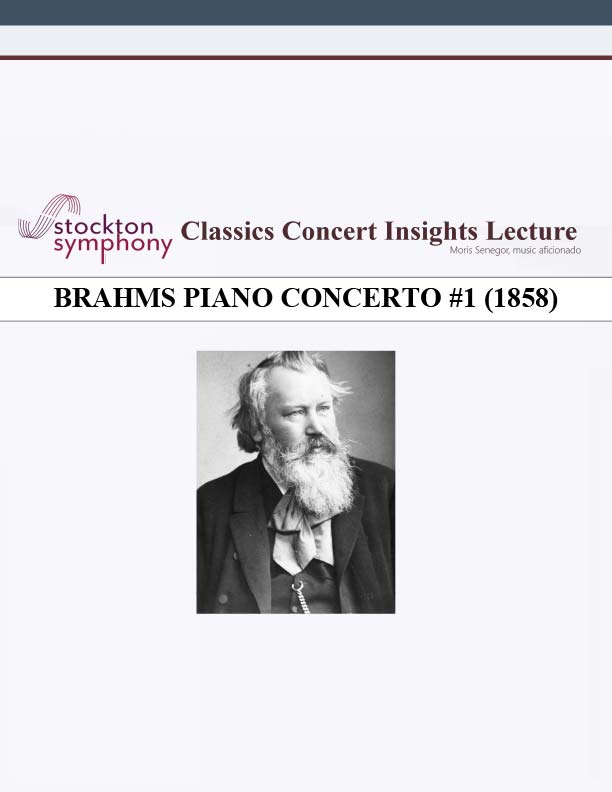 “(Brahms’) approach to the piano had something orchestral about it……Schumann spotted this quality when the obscure twenty year old first ventured to visit him.” Downes

“Nearly the longest, and probably the most dramatic symphonic movement since Beethoven.” MacDonald

COMMENTS ABOUT THE FIRST MOVEMENT:

NOTE: This serene movement provides a respite from the highly emotional rigors of the preceding one. Its tone is ecclesiastic, its message reverential to the Schumanns.

NOTE: Many scholars have found remarkable similarity between this movement and that of Beethoven’s Piano Concerto #3 rondo, in the way the first theme is presented and especially in the exceptional presence of a fugato in the mid-section.

“This daring and sacred and great concerto.”  Steinberg

“The work’s symphonic quality….emerges…..as the most powerful orchestral utterance in German music since Beethoven’s Ninth Symphony in the same key.”  Musgrave